The James and Robert Hardman Fund was established by their families, all of whom are descendants of the earliest settlers of the area that eventually came to be known as North Adams. For over 100 years, the Hardman family owned and published The North Adams Transcript, a daily newspaper founded in 1843. The last members of the family to carry on this honorable tradition, brothers James and Robert demonstrated a lifelong commitment to the welfare of the residents of northern Berkshire County, second only to their devotion to family.

The James and Robert Hardman Fund for North Adams enriches the lives of residents by supporting projects in the arts and culture, historic preservation, health, human and social services, education and the environment.

Total amount of grantmaking since 2000

Total number of grants since 2000

Read about the fund's grantmaking guidelines and how to apply.

"People eat lunch with us for many reasons. All are made welcome and enjoy a good meal thanks to support like this grant." 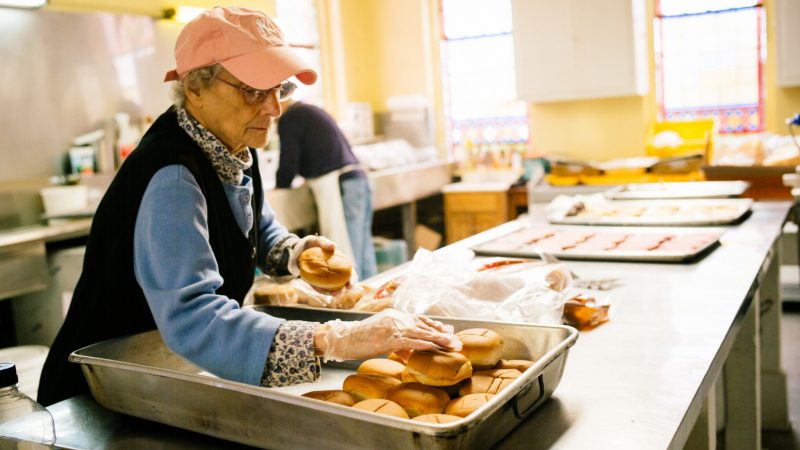 Giving to the Fund

Join our community of donors who are helping to meet urgent needs and support critical nonprofits now and for years to come.