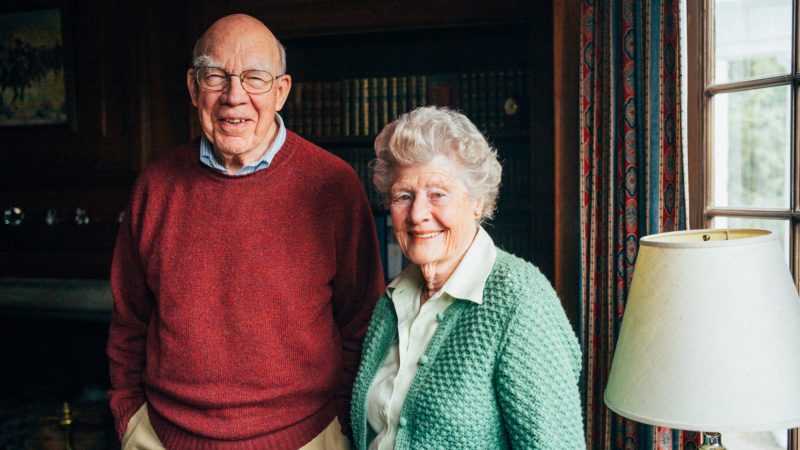 A Lifelong Interest in Other People: Judy Kittredge

Last month, we lost another prized member of the BTCF community with the death of Judy Kittredge on August 10, 2021.

Judy and her late husband John were each raised in Dalton and Pittsfield, and later raised three children there while finding ample time to serve their community. Both played leadership roles for Berkshire Taconic funds that support students and nonprofits in central Berkshire County.

“Judy was a people person. She was a delightful conversationalist who was fully engaged with others, and she always had interesting stories to tell from her long and full life,” said Kara Mikulich, BTCF’s chief philanthropy officer. “She gave generously and happily to a wide range of local nonprofits, many of which benefited from her service as a board member and volunteer as well.”

We visited Judy and John at their Dalton home in 2015, where they welcomed us warmly and Judy demonstrated the genuine interest in other people for which she was known. They talked about their long traditions of giving back, finishing each other’s sentences and reflecting on their legacy with humility. We remember them both with great fondness, and share that conversation below.

In Their Own Words: John & Judy Kittredge

JOHN: I was brought up in a family where there was always involvement in charitable activity.

JUDY: I, too, had examples in my parents, who were active through boards, committees and church. Volunteering got us out into the community, dealing with all ages, which helps keep you young. It can enrich your life so much.

JOHN: Yes, that's one of the beauties of it. The cause that I've been involved with the longest is youth and the problems they face today. But I care about helping the elderly, youth and those in between.

JUDY: Our scholarship fund is the Zenas Crane Fund and the Winthrop Crane Fund for graduate students. It was set up in 1926 to help graduates of Wahconah Regional High. We've awarded nearly two million dollars over the years. When our fund's treasurer retired, I called Jennifer Dowley to get advice. Jennifer said, 'Judy, you should be with us.' We worked hard to accomplish the transfer to Berkshire Taconic. I can sleep better at night knowing it's there, and secure.

JOHN: I've been on committees for the Central Berkshire Fund. With this fund, our goal is to improve or sustain the quality of life for the people in the seven central Berkshire hilltowns by giving grants for various needs. The fund was started by David Mixer, who graduated from Wahconah in the 70s. He wanted to give back to the place where he grew up. There's a tremendous feeling of satisfaction and pleasure that you can do something for someone else and for the community.

JUDY: And just generally try to leave the world –