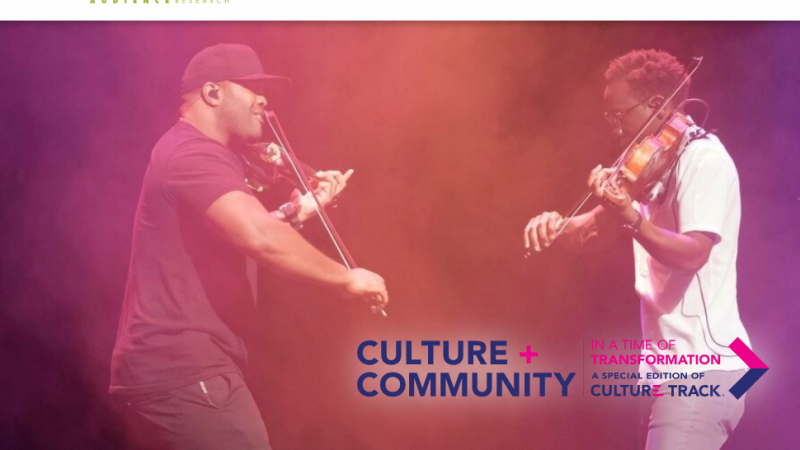 Culture & Community: Focus on the Berkshires

The healing power of the arts has been abundantly clear during the pandemic and recent mass movements for racial equity and justice. Even as engagement shifted online, people everywhere have sought relief through the arts and turned to arts organizations for content and experiences that address social issues.

Those and other topics were the subject of a virtual panel and discussion we co-hosted as part of our Arts Build Community (ABC) initiative. It was led by Slover Linett Audience Research, whose staff presented research on the power and potential of the arts through insights from thousands of Massachusetts residents interviewed last April.

"Findings from Culture & Community in a Time of Transformation: Focus on MA—Berkshires," a specialized regional report commission by our partner the Barr Foundation, extends learnings from statewide and national research the firm has conducted. It explores topics such as the role of arts and culture in supporting communities and in residents' lives; how patterns of engagement have shifted during the pandemic; beliefs about systemic racism in arts and culture organizations; and opportunities for action and change.

The session provided a deep dive on Berkshire County, with a presentation followed by discussion on how to activate findings in the county's arts and culture sector and beyond. Guest speakers included Margaret Keller (Community Access to the Arts), Thasia Giles (Jacob’s Pillow) and Gwendolyn VanSant (BRIDGE).

“Berkshire County residents want the arts and creative expression to play a significant role in their lives, and they want to see themselves in the arts.”

Among the local findings shared were the following:

[A recording of the session is available online.]

As BTCF President Peter Taylor noted in his remarks, strong connections exist between the research results and those of the ABC initiative, which aims to ensure that everyone benefits from arts opportunities in the county – but especially communities of color, immigrants, youth and other residents who wish to participate in the arts but face barriers such as cost, transportation and social discomfort. Now in its fifth year, this resident-led work has built partnerships with arts and cultural nonprofit organizations and year-round residents to test new approaches to community engagement that use the proven power of the arts to build trust, cooperation and unity, while strengthening the arts as a sector.