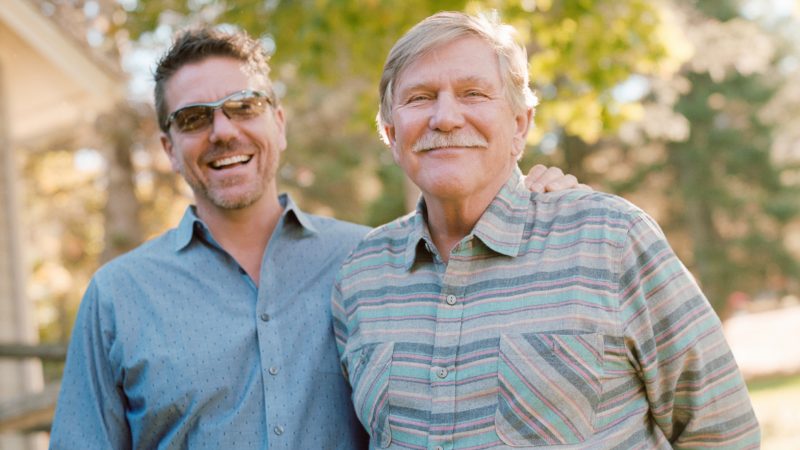 Giving back is a Fairbank family tradition

It was when Brian Fairbank answered the phone call that would advance his career.

He was just 23 years old and working as a ski school director at the Wintergreen Resort in Wisconsin. Raised in the snowbelt of western New York, Brian felt an affinity for the slopes at an early age and vowed that skiing would remain an essential part of his life. When the opportunity arose to interview for a managerial position at Jiminy Peak Mountain Resort in Hancock, Massachusetts, he didn't waver.

"After a few years at the helm, I had a vision to create a year-round resort depicting the ambience of old New England," says Brian. "Over time that goal became a reality. It's been a life's passion to be doing what I'm doing."

Brian was three months into the job when son Tyler was born. Much like his father, Tyler was soon happiest flying down a mountain of fresh powder. The two became—and still are—inseparable, sharing a love for the environment, for community service, for family.

Before long, Brian transitioned to owner and president of Jiminy Peak. When Tyler was grown, he attended college, worked in the business for a few years and then left to pursue other interests. In 2008, the stars realigned: Brian and Tyler joined forces to create a renewable energy enterprise they would call EOS Ventures.

"Dad has always been the guy who asks, 'How do we do the best that we can for everybody around us?'"

By that point, Jiminy Peak had grown to be the largest ski and snowboard resort in southern New England and was on track to become one of the greenest resorts in the nation, with the installation of the country's first privately owned wind turbine.

And that was just the beginning. Their partnership—officially named The Fairbank Group, LLC—quickly expanded. In addition to EOS Ventures and Jiminy Peak, they acquired Cranmore Mountain Resort in North Conway, New Hampshire, and took over management of Bromley Mountain Ski Resort in Vermont. Most recently, they started a snow gun sales and distribution company called SnowGun Technologies.

"It's magic to have my father as a partner," says Tyler. "I don't feel like I get up and go to work every morning. I love what I do. I love who I do it with."

Even at their busiest, the Fairbanks set aside time to volunteer. Brian served on the board of Berkshire Health Systems for two decades and was Hancock's town moderator for 35 years, a testament to his fairness and pragmatism. Tyler was instrumental in starting Berkshire Economic Development Corporation and joined the board of Massachusetts College of Liberal Arts.

Meanwhile, Brian and Tyler became co-CEOs in 2011 and two years later, Brian stepped back to oversee the company's long-term strategies as chairman, allowing his son to take the reins.

"To run an expanding operation on my own would be scary," Tyler admits. "Somehow Dad and I have the kind of relationship where there's no ego, there's no pride of authorship."

To say the Fairbanks are without hubris is an understatement. Despite their reputation as environmental stewards and principled businessmen, Brian and Tyler are clear-eyed about why they do what they do.

"Enhancing people's lives: that's the mantra we live by," says Tyler. "Dad has always been the guy who asks, 'How do we do the best that we can for everybody around us?' I think I inherited that DNA."

That's true for their customers and also for the 750 Berkshire County employees who ensure Jiminy Peak runs smoothly each year. Brian and Tyler are quick to recognize successes large and small, from the instructors that put Jiminy Peak on the map as one of the best teaching facilities in the Northeast to the financial partners that help secure the resort's future.

"It's all about the people," Tyler says. "Without them, none of this would be possible."

Still, their business success is only part of their good works in the community. In 2006, Brian established a donor advised fund at Berkshire Taconic through which he and Tyler direct gifts to the causes and charities they hold dear.

In line with their volunteerism, the Fairbanks' philanthropy is broad in scope but focused on having impact. The local ambulance service, Berkshire Natural Resources Council and MCLA are only a few examples of the organizations they support.

"There's something special about the Berkshires that continues to pull us in," says Tyler, as Brian nods in agreement. "We've worked hard to build a name for our family, and it makes all the difference knowing our joint purpose in life is to put a shoulder behind enhancing this place that we live in and love."