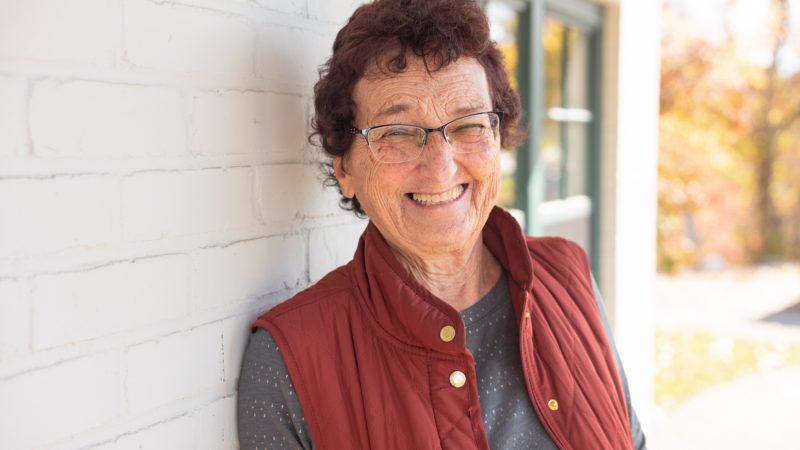 Helping her town and county thrive

Growing up in Greenwich Village, Lael Locke longed for the rural life. Her wish came true decades later when she settled in Chatham, where she has become a pillar of her community. From her longtime service on the village board to keeping the Crandell Theatre open in the face of closure with a generous gift, Lael has helped Columbia County thrive.

Lael became attuned to the strengths and struggles of the region’s small towns as the owner of a local newspaper. She crisscrossed four counties transporting huge bundles of The Paper, chatting with residents about their hopes and concerns. These trips inspired Lael to find ways to improve conditions for economic growth, preserve historic buildings and bring more people to the area. “I want to support Main Streets,” she said. “They’re the lifeblood of a small town.”

Berkshire Taconic provided a pathway for Lael’s philanthropy. After joining BTCF’s board as its first Columbia County member, she opened the Our Town Fund in 1996 to support nonprofits in Chatham and four surrounding northern towns. Over a decade, Lael and a committee of local residents awarded nearly $400,000 to fire companies and rescue squads, theaters and historical societies, libraries and other critical organizations that “create the fiber of small-town living.”

“I want to support Main Streets. They’re the lifeblood of a small town.”

Their work paved the way for the Fund for Columbia County, an area fund that improves lives with over $140,000 in annual grants. Lael folded Our Town into the area fund, expanding her generosity to every corner of the county.

“Berkshire Taconic has its finger on the pulse of its communities, and it respects its donors,” she said. “Philanthropy can be directed in a way that has the most impact, and I think that’s an important role the foundation plays.”

That’s why Lael opened a donor advised fund called the City Child Fund—echoing the title of her late mother’s book of poetry—to strengthen nonprofits in the entire four-county region. It’s one of two donor advised funds she holds at BTCF that give her the flexibility to support a variety of causes, from agriculture and animals to historic preservation and the arts. She also wants to ensure that Chatham can flourish long into the future, so her estate planning provides lasting assistance for her beloved hometown beyond her lifetime.

“It feels very good to be able to help,” she said. “I just want to give back.”