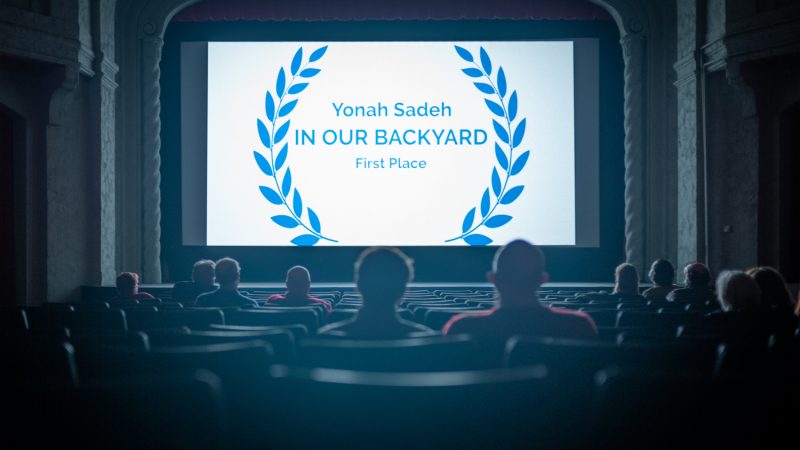 Last month, the Bridging Divides, Healing Communities Youth Film Challenge wrapped with two public screenings and the awarding of $3,500 in cash prizes to three young filmmakers. Drawn from a field of 12 semifinalists and judged by a jury of film and television professionals, the winning films addressed pressing topics and demonstrated creative uses of documentary techniques to explore them.

Yonah Sadeh, a student at Bard College at Simon’s Rock from Falls Village, Conn., received first place and $2,000 for his film on affordable housing, “In Our Backyard.” Tommy Tranfaglia, a student at Endicott College from Lenox, Mass., was awarded the $1,000 second place prize for his film on learning and attention disabilities, “Misunderstood.” Third place winner Danny Wilkinson, a student at Mount Everett Regional High School from Sheffield, Mass., earned $500 for his film about body image and self-esteem, “Self Image."

All 12 semifinalist films can be viewed at www.YouthFilmChallenge.com.

During facilitated discussions that followed the screenings, panelists commended the student filmmakers for tackling challenges with local and national impact and for encouraging conversations through the sharing personal of stories as well as interviews with a range of community members. The challenge was led by the Berkshire Film and Media Collaborative and the Civic Life Project, with funding from Berkshire Taconic Community Foundation.

Serving as judges for the challenge were Jayne Atkinson (Berkshire County), an award-winning actor known primarily for her work in such hit television series as “24,” “House of Cards” and “Madam Secretary”; Gretchen Rennell Court (Berkshire County), a casting director for films such as “Flashdance,” “Children of a Lesser God” and “The Horse Whisperer”; Mirissa Neff (Columbia County), a documentary filmmaker who has worked as a producer and correspondent for PBS and public radio programs; Damon Osora (Litchfield County), chair of the English Department and film teacher at Housatonic Valley Regional High School in Falls Village, Conn.; and Matthew Penn (Berkshire County), an award-winning director of more than 150 primetime television dramas including “House,” “The Sopranos,” “NYPD Blue” and “Law & Order.”