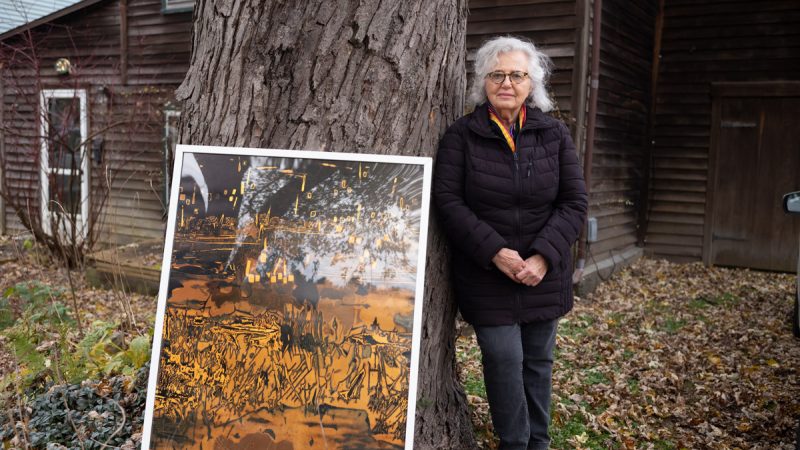 Two of our funds recently awarded nearly $190,000 in grants to support the work of local and regional artists. Recipients use this opportunity to explore new creative paths in all forms of media.

Alyssa Pheobus Mumtaz of Williamstown, Mass., said she is pursuing new large-scale paintings and textile projects she “wouldn’t have had the courage to do” without grants she received from the Artist's Resource Trust (A.R.T.) Fund in 2020 and the Martha Boschen Porter Fund in 2021. Watch the short video below to hear the impact of these gifts in her own words.

The Artist’s Resource Trust Fund celebrated its 25th anniversary in 2021. Read more about the history of the fund in our BTCF News publication. The fund supports mid-career visual artists with financial need in Massachusetts, Connecticut, Maine, Vermont, New Hampshire and Rhode Island, as well as Columbia and northeast Dutchess counties in New York. Nonprofit organizations wishing to show, commission or purchase work by mature artists living in New England may also apply. Applications are due Aug. 1.

Grants to individual artists in 2021

Grants to arts organizations in 2021

The Martha Boschen Porter Fund supports regional artists in all media—including painters, writers, photographers and musicians—who are emerging in their field or experiencing a significant change of direction in their work. Artists who reside in Berkshire, Columbia, northeast Dutchess or northwest Litchfield counties may apply by July 15.

Grants to individual artists in 2021

Grant to an organization in 2021